So, for my second fall limited release bottle, I am opening up the Old Forester Birthday Bourbon. I bought a bottle of the 2017, and didn’t bother with the 2018, because I was a little underwhelmed with the 2017. But I decide to take a chance with this one due to the higher proof, at 105.

Color is a nice dark amber. On the swirl are thin but not insubstantial legs with a film. On the nose is light fruit, baking spice, oak, and those traditional Old Forester/Woodford “wood sugars” as I like to call them. On the palate, the wood sugars are lighter than expected, there is a whiff of vanilla, a hint of rye space, a faint hit of caramel, and this whole load of cinnamon and other baking spices. Finish is long on baking and rye spice with some nice oak in the background. Mouthfeel is medium; I would call it lightly elegant. It could be richer, especially at this proof, but not everyone likes a syrupy bourbon like I do.

Overall, I would say this is a proofed down version of this year’s Woodford Reserve Batch Proof with some added complexity. It’s sort of an elegantly tamed version of that bourbon. 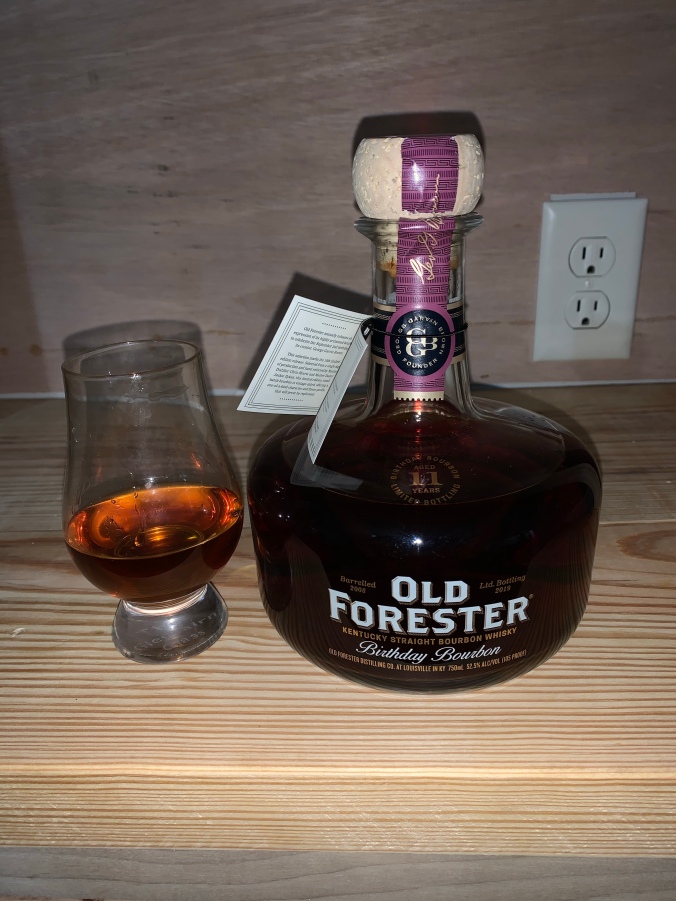 It’s a great release of the OFBB. I love the higher proof and increased flavor. Chris Morris is definitely having a good year.