During another session of Whiskey & Wax I find myself relaxing to an old favorite and enjoying a new one. It’s amazing to me how easy it is to sip bourbon and listen to blues music. The more time that passes that more I appreciate the subtle nuances of both. Maybe I was born a generation late, or “they” were born a generation early…I suppose I’ll never know. The Grateful Dead are unquestionably as American as you can get when it comes to style and influence and similarly Bombergers/Michter’s is as well. Talk about an distillery with some serious history.

History: Bomberger’s Distillery was a defunct distillery facility that was, at the end of the twentieth century, believed to be the oldest remaining such building in the United States of America. They shut their doors permanently in 1989. The complex, located near Schaefferstown, PA, represented the transformation of whiskey distilling from an agricultural enterprise into a large-scale industry. The surviving still house, warehouse, and jug house date from about 1840, but the site has a documented history of spirit production since before the founding fathers signed the Declaration of Independance in 1776. The facility was America’s smallest commercial distiller at the time of its closure.

In 1753, John and Michael Shenk, Swiss Mennonite farmers, began distilling rye whiskey at the site. John Shenk’s son-in-law, Rudolph Meyer, acquired the distillery and another relative, John Kratzer, ran the business from 1827 to about 1860. Several of the buildings date to Kratzer’s tenure. About 1860, Abraham Bomberger, a Pennsylvania Dutchman who had ties to the Shenk family, purchased the distillery from the Kratzer family. With prohibition the distillery closed in 1919. Ephraim Sechrist bought the distillery in 1920, but did not operate it until 1934 after Prohibition ended, selling it to Louis Forman in 1942. Forman sold the distillery soon after he was drafted for service in World War II, but repurchased it in 1950 after two other owners. One of these owners was Schenley Distilleries. FYI: Bomberger’s is listed on the National Registry of Historic Places and was declared a National Landmark in 1980.

Nose: Stone fruit, spice notes, with floral notes and young oak. Slight sweetness balanced well between caramel and vanilla. Very little alcohol on the nose, which isn’t surprising at 86 proof. Smooth mouth feel with notes of dried fruit and  more caramel/vanilla also a little sweet custard. It’s got a slight rye spice profile on the nose too. I get that if I open my mouth and take a big whiff after swirling the glass.

Palate: You are greeted with caramel & honey (like a lot of bourbons) right off the bat with higher than normal amounts of corn and some apricot and peach notes. As you hold the whiskey in your mouth there is a numbing astringency similar to gargling mouthwash, but not as off putting. Spice levels build the longer you hold it in your mouth.

Finish: You feel the sweetness of the initial taste slowly morphing into a hotter rye finish but the rye notes doesn’t overwhelm the palate and the fruit/floral notes are noticable. Spicy, but no overbearing.

Price:
I picked up Sour Mash on a recent trip up to Boston for work. The price I paid was $44.00 plus tax.

Overall: The US 1 Sour Mash is bottled at 86 proof (43% ABV). I’ve been working on my whiskey collection for awhile now and after getting turned on to Michter’s I’ll say that it’s a very nice addition, and makes for a great option as part of a bourbon based cocktail or neat in a Glencairn glass. There is fairly pleasant blend of corn and oak balanced with the high rye elements which makes for an all-purpose whiskey. 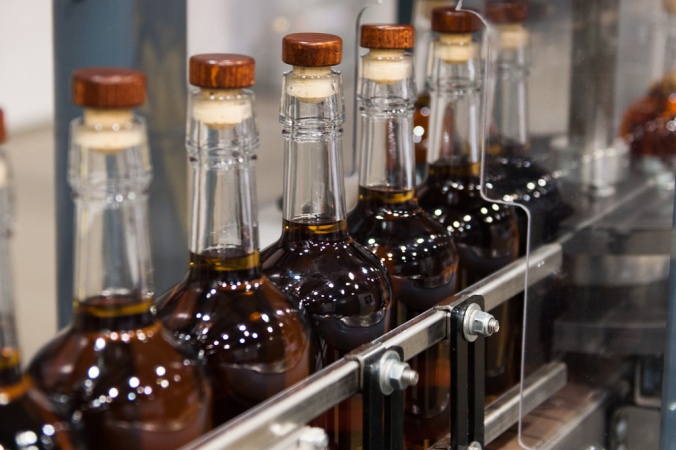 *Unfortunately I have to be honest with myself and say that as much as I enjoy their rye’s and older bourbons the US 1 Sour Mash is a meh whiskey. B at best, but a slightly higher proof might bump it up to B+ for me. Overall, this is a little softer than I prefer my whiskey, and fantastically average. Nothing jumped out at me. It wasn’t bad, but not great either. You could drink it or pass on it and it wouldn’t matter.

**Let me also add I just picked up the Michter’s 10 Year Single Barrel which I’ve heard is excellent, but I’m still waiting for the right time to open it. I’ll write that review as soon as I crack the bottle.