I love high proof bourbons; bourbon right out of the cask or close to it has so much more flavor and adding water helps some bourbons but in others it brings out unsavory elements. One high proof bourbon I have not tried in many years is Noah’s Mill, which is bottled by Willett near Bardstown, KY, and sourced nearby, likely Heaven Hill or Barton’s. Noah’s Mill used to be a fifteen year old bourbon, but, alas, like many others, has lost its age statement. 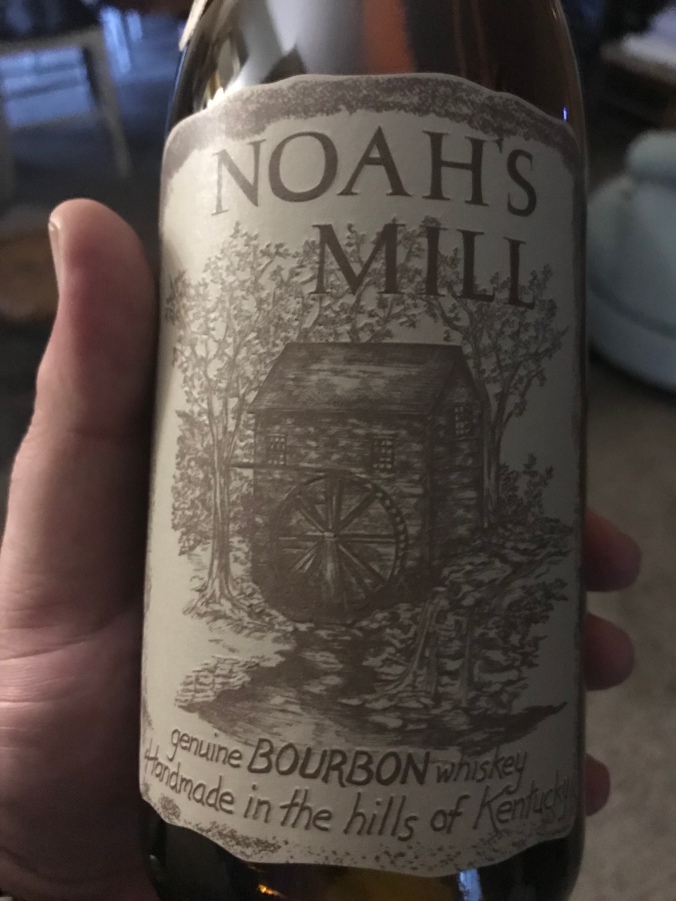 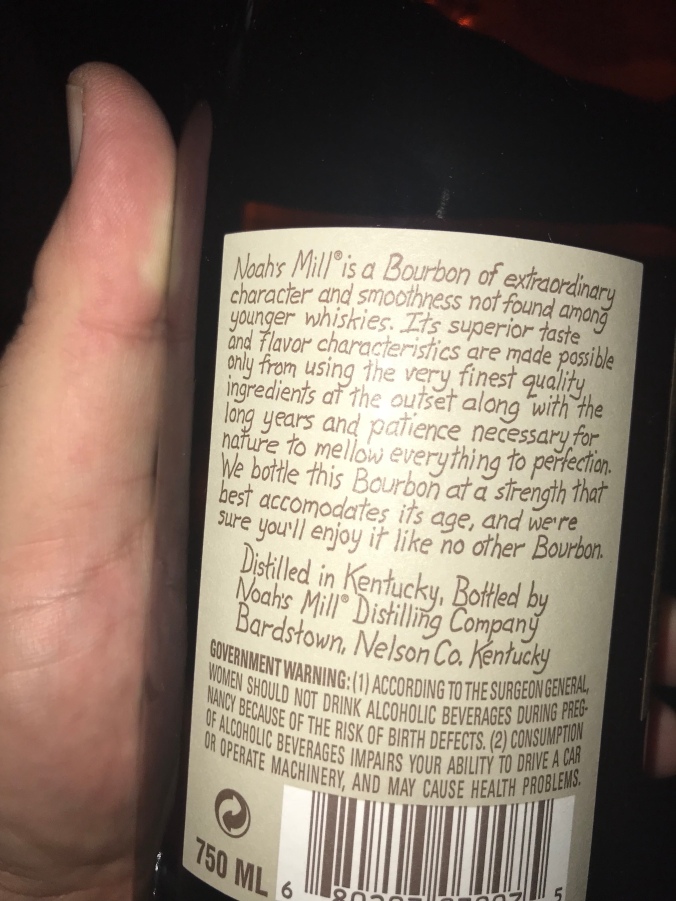 It is important to note that, despite its high odd proof, the bottle does not claim to be cask strength or barrel proof. This bourbon has consistently been 114.3 proof for years. So, they are proofing this down. May not be much but real cask strength whiskey can’t possibly be a consistent proof year after year.

But, whiskey snob that I can be, I am pretty open to any whiskey that tastes good. I am less worried about provenance and more worried about taste. 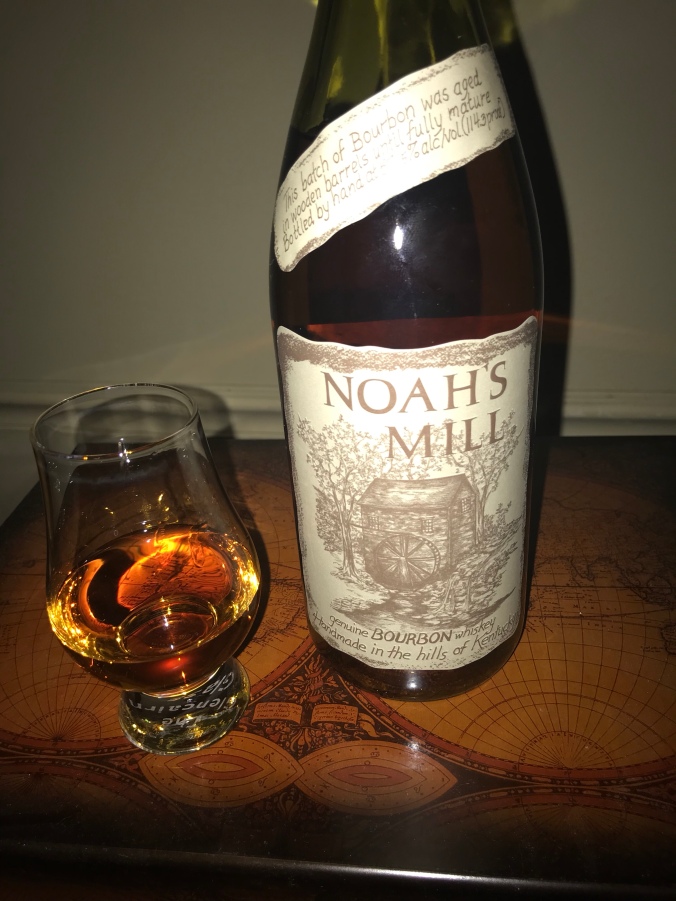 This bourbon is a golden amber with a very slight reddish tinge. I am guessing this bourbon is closer to ten years old now than it is to its former 15 year old self. When swishing it this bourbon leaves more of an oily film than legs. Then, it does get some legs. The nose is very standard bourbon; some rice spice, some syrup. On the palate, some rye spice, light cinnamon, slight corn sweetness. Medium mouthfeel, reminding me more of Baker’s rather than Booker’s. The finish is nice; some oak and leather, a little tobacco, then dry cinnamon. Interestingly, no Heaven Hill peanut funk here, although that has been reported in other bottlings of this bourbon based on reviews I have seen.

For a close to cask strength bourbon, sipping it neat, I have to say this is ok. I paid $36 for a bottle of this, and it’s a bargain at that price. I have paid a lot more for proofed down stuff that isn’t even half as good as this.

However, my research indicates $36 is not the usual price for Noah’s Mill. The price seems to range from $40 to $60. At forty I would rather have Knob Creek Single Barrel. At $45 Stagg Jr. At $60 Booker’s. But at $36 I would pick this over Wild Turkey Rare Breed. It’s less funky somehow.

In short, I love it at $36 bucks. Above that, I’d rather be drinking something else.

2 thoughts on “Depends on the price: Noah’s Mill Bourbon from Willett is great at $36 but beyond that…”