While I have previously reviewed this wonderful bourbon, I haven’t seen a bottle since December of 2018, so I decided to write another review of this bourbon, mostly to see if it is any different than I remember and to see if this limited release bourbon varies by batch. This bourbon is the high end of the Ezra Brooks line, which is an old name in bourbon but is currently owned by Luxco, which means it is distilled at Heaven Hill and aged in Luxco’s warehouses in Louisville. 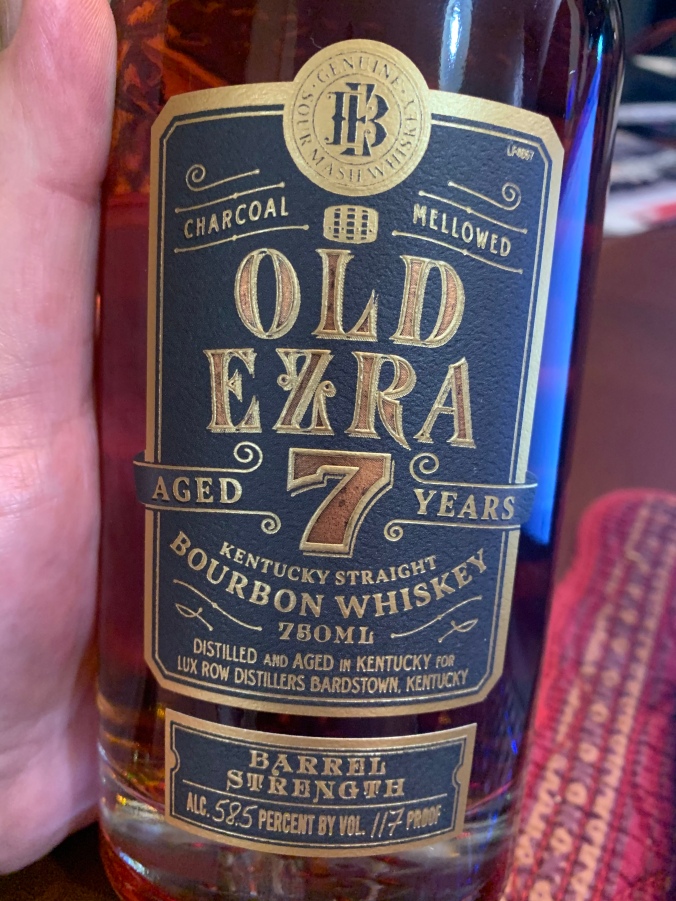 One thing to note is that, unlike Stagg, Booker’s, Barrell, and other cask strength releases which vary in proof, this one is exactly the same proof as my previous bottle, which is similar to say Wild Turkey Rare Breed or Noah’s Mill. While bourbons like this are high and indeed odd proofs, either they are slightly proofing down these bourbons to hit the same proof in each batch, or they are blending barrels in an exacting way to reach the same result. I’d like to think it is the latter, but it’s probably the former. 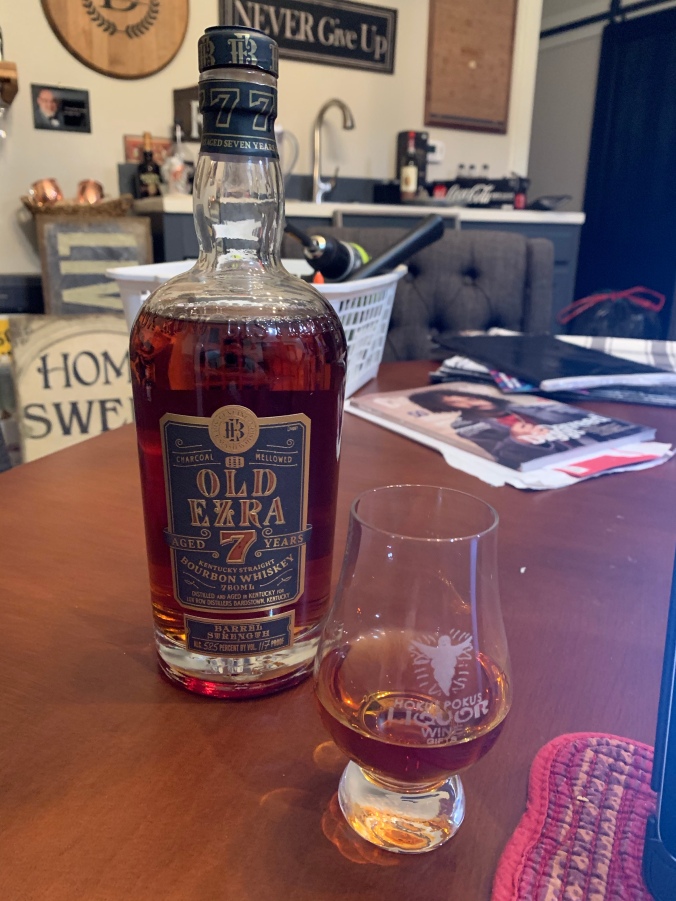 The color is a dark amber with some mahogany notes, but not as red as the last batch. One thing is certain based on the color – the seven year old age statement indicates the youngest barrels that went into the batch, and there is almost certainly older whiskey in the mix. On the swirl, this has longer legs than the last batch. The nose is a delightful bourbon nose, with caramel, vanilla, some floral notes, slight rye spice. On the palate, caramelized sugar candy, vanilla, cinnamon, Peychaud bitters, dark chocolate, grapefruit, and honeysuckle. On the finish, which really lingers, the cinnamon comes to the fore along with red pepper. Really a lovely bourbon. Given its $40 price range, it is a spectacular bourbon for the money, being about half the cost of a bottle of Booker’s.

Does this vary by batch? Not much but a little. I like this one better than the last one, but I think these releases are going to be consistently good.

Best I can tell, this one is being allocated by the case. So you probably won’t see this one on the shelves but you can ask and maybe they will bring you one from the back. And it is definitely worth it at the price point. This is, to me, the best bourbon Luxco produces. And I hope I don’t have to wait seventeen months to get another one.