Two weeks ago, I had the pleasure of proctoring a tasting of the Van Winkle bourbons in Shreveport, put on by Fatty Arbuckle’s Pub. It’s THE bourbon bar in Shreveport. For $175 you got a half ounce pour of each Van Winkle bourbon, custom bourbon cocktails, a five course dinner by Caspiana Catering, and then an open tasting bar with William LaRue Weller, George T. Stagg, Mic Drop, and Old Fitzgerald. Delightful. Meet the Van Winkles II was a huge success. 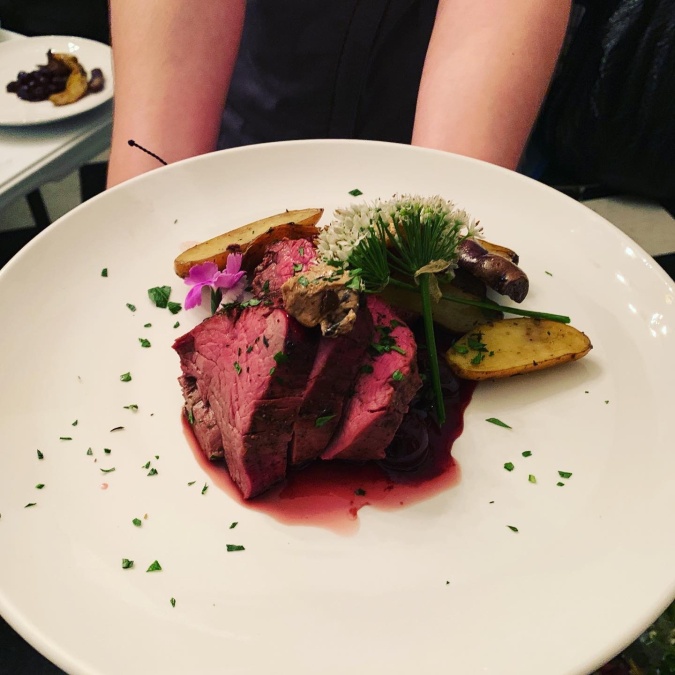 Getting to re-taste last year’s Van Winkles and the 15 year old blew me away again.

I also recently received my bottle from this year’s Friends of the Trace barrel pick, which this year is the much anticipated Weller Full Proof, a Buffalo Trace bourbon from the Weller/Van Winkle wheated bourbon mashbill. Bottled at 114 proof, which is the proof at which this mashbill is barreled, and non-chill filtered.

Now, keep in mind that Old Weller Antique 107 used to be the “full proof” version of Weller and Van Winkle. Prior to 1965, the maximum proof bourbon could enter the barrel by law was 110. Some distillers used less than that. So, back then, 107 proof was going to be pretty close to cask strength. Now, bourbon can enter the barrel at 125 proof or less. For Weller and Van Winkle, they barrel at 114, thus the proof of this bottling. While Weller Full Proof is non age stated, you can bet this is probably six to eight year old bourbon. 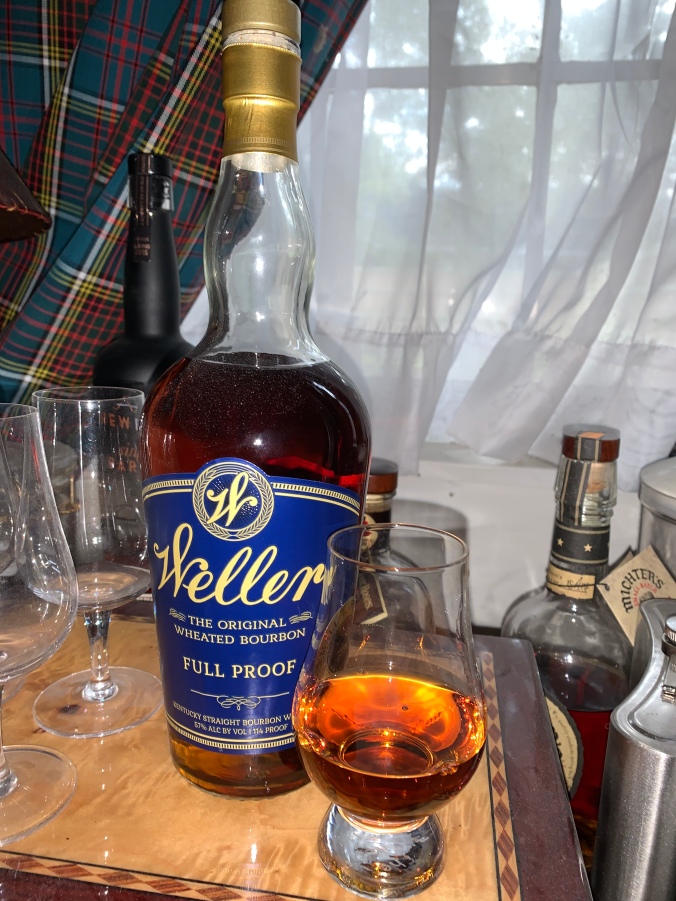 The color is a nice medium to dark amber. Beautiful legs and film on the swirl. On the nose, sweet vanilla, slight cinnamon, and grains. On the palate is light vanilla, light cinnamon, some oak, buttered yeast rolls (totally yummy!), followed by the light cinnamon getting a little richer on the finish. Mouthfeel is medium to rich; not super thick but substantial. As I sip on this, the more this bourbon is growing on me. Very creamy the more you sip on it. It reminds me of the Crispy Creme donut bread pudding at Walk On’s Bistreaux. And yes, you should add Crispy Creme donut bread pudding at Walk On’s to your bucket list if you haven’t tried it yet.

I had my wife Catherine try it, and she loved it. So, this confirmed my thought that the flavor profile is very much Van Winkle 12 or 20, which she likes, and not the Van Winkle 10, 15, and 23 which I like. To drive home this point, she gave me her pour of Pappy 23 at the Meet The Van Winkles event in Shreveport. She’s not a fan of that heavy charred oak taste, whereas my palate might just be happy sucking on a used barrel stave like it was sugar cane.

I will say this is the best release of the Weller line short of William LaRue Weller.

At $50 a bottle, this is great. For what they are charging on the secondary market, no way. It’s a little bit young to be a truly premium wheated bourbon. Heaven Hill’s Old Fitzgerald Bottled in Bond is released at nine years old or more as an example. Wheated bourbon really benefits from extra aging in a way that rye recipe does not need to be great. At a price point over $100, I expect greatness at a high level. Taking another sip though maybe I might pay $100 for this. I want more oak but this is really good.

The great news is that in the Bourbon Future, Buffalo Trace’s expanded warehouse capacity will produce enough Weller Full Proof to keep the market well supplied. What a treat that will be. Until then, if you find one of these at retail, pick it up.