My friend Tom Spencer invited me to join a Facebook group made up of his bourbon drinking friends, many of whom are really starting to be collectors of really good whiskies. Keith Pellerin is the creator of the group, and includes Mark Trahan, Mauro Callaba, Neal Hebert, and Patrick Haydell. A group whose love of bourbon is only exceeded by their rowdiness, a meet up to drink bourbon and laugh came on the agenda pretty quickly, and we got together last night. Everyone brought bottles of different stuff, and I was able to pick up a bottle of Russell’s Reserve Vintage 2002 bourbon on the day of, so it seemed like fate and I brought it over.

Of course, Tom had to hire a band for the occasion.

It was a great party and I got to try a number of different whiskies I hadn’t tried and got to share some of my favorites with the group.

So, here is what I sampled in no particular order:

Elmer T. Lee – I brought this over since there were a number of Blanton’s fans in the bunch, and this used to be the cheaper, more available high rye recipe bourbon from Buffalo Trace. Now it is next to impossible to get, but it is very good and everyone enjoyed it.

Blanton’s Straight From the Barrel – really a top notch bourbon bought by one of the group while in England. It’s the Blanton’s flavor profile turned up to volume 11. Some folks say this is the missing member of the BTAC collection, and in some sense they are correct. There is no high rye recipe bourbon in the BTAC. I would say this is not as old as George T. Stagg or William LaRue Weller, but the whiskey is really delicious even if it doesn’t have a ton of oak.

Buffalo Trace Single Barrel Project Barrel #48 – really well rounded bourbon; sweet and silky. I would swear this is similar to some of the better Buffalo Trace store pics I have had.

Col. E. H. Taylor Four Grain Bourbon – I brought this year’s bottle over to sample. All I can say is wow, this one is so much better than last year’s version. Darker in color, it has a lot more oak that adds tremendous depth to this year’s edition. Extremely soft on the palate until the rye spice kicks in on the finish. Tremendous. I can only assume Jim Murray’s bottle was closer to this bottle than the bottle I got last year when he awarded it world whiskey of the year.

Slaughter House and Straight Edge Whiskies – Straight Edge is a bourbon and Slaughter House is a whiskey, meaning it was aged in used bourbon casks similar to Early Times. Both are by the same producer who finishes them in used Cabernet barrels. Both are good, but I have to say I think the Slaughter House lets the wine barrels shine a little bit more. Both are very good though and I am glad I got to try them after recently really enjoying Amador and a number of the Jefferson’s bourbons finished in wine casks. Really good stuff going on with that.

Quite a few folks tried the Midsummer Night’s Dram, and they really enjoyed it. I still have a bottle on my bar so I resisted drinking this one in favor of all the other stuff I drank.

However, the most intriguing whiskey of the night was the Russell’s Reserve Vintage 2002 Bourbon.

Distilled in 2002 and bottled in 2018, we can assume this is probably a fifteen year old bourbon. This is apparently the first non-chill filtered cask strength release from Wild Turkey. 25 barrels were selected for this bottling, and this yielded on 3,640 bottles. 114.6 proof, this is obviously from stock before Wild Turkey recently upped the proof at which its whiskies are barreled.

Color is a deep amber. Very oily legs; after swishing in the glass it leaves a layer of oils. Nose is fruity with a hint of pepper. No oak really even though this is old stuff. On the palate this is very thick and syrupy; rye spice, a hint of white chocolate, and, no kidding, grapefruit. And, no, this isn’t blood orange which appears in some whiskies I have tasted. The finish goes on and on; spice and sweetness just continue to swirl around until it fades.

I have to admit I am just stunned by this bourbon. It is so different from the usual Wild Turkey profile. Very fitting they released this floral fruity cask strength bourbon in the summer. Just delicious from start to finish. It’s very non-standard bourbon as to the flavors it presents; there are hints of vanilla and caramel like most bourbons have, but just hints. The fruit and spice just dominates.

I paid $240 pre-tax for this bottle. It is trading on the secondary markets for $950. It was absolutely worth the $240 I paid. It’s so unique, so good, excellent mouthfeel, and is what I call a Wonka bourbon, like E.H. Taylor Barrel Proof where this fried apple pie taste just comes to the fore, or some Knob Creek Single Barrel Store picks that have this cherry cobbler thing going on that’s just lovely. The flavors on Wonka bourbons are so unique and I am just left scratching my head on how typical bourbon mashbills and charred oak casks can somehow put out something so different and good. I hunt for those kinds of bourbons all the time; I want bourbon to show me something different. I hope someday for bourbon to have as much diversity as scotch in flavor profiles. For Wild Turkey to put this release out is a huge step in the right direction. Frankly, I wonder what else the Russells have aging in their warehouses. That, and this is their first non-chill filtered release ever. Tasting this, I wish they would drop chill filtering altogether and just run their whiskey through a screen to get the wood chunks out. Clearly their stuff loses a lot of flavor in the chill filtering process.

What is sad is that someone is going to pay $950 expecting this to be super amped up Wild Turkey, and they are going to be pissed. Because this bottling is it’s own thing.

Kind of like the party last night. It was it’s own thing. 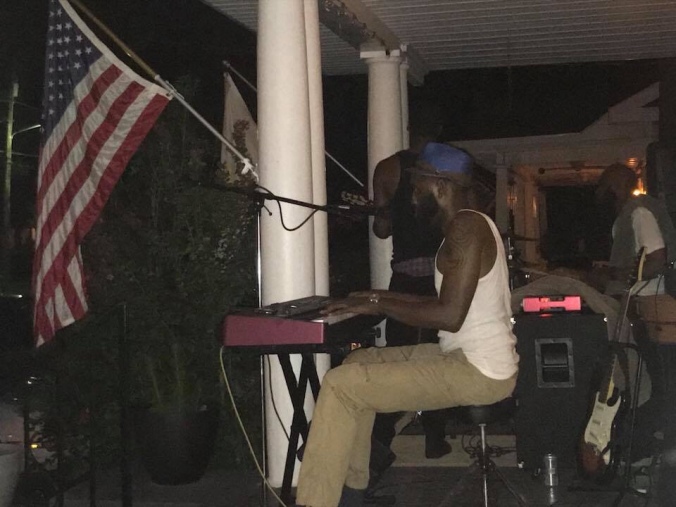