“Science, my lad, is made up of mistakes, but they are mistakes which it is useful to make, because they lead little by little to the truth.”

Bradley Drell wrote a wonderful review last night that got me thinking this morning. It’s 6:29am on Saturday, September 14th and bourbon is the first thing on my mind. No, I’m not an alcoholic. I drink distilled spirits so therefore I’m spiritual. The reason why it got me thinking what what have we overlooked in this mad dash into the future? What in the chaos and the shadows of the secondary market have we missed from the standpoint of the major distillery producers not have properly anticipated the impact of NDP’s (non-distillery producers) with all of the bourbon and whiskey shortages? We are racing into the future one second at a time and just like my colleague and good drinking buddy mentioned in his excellent piece “The Bourbon Future, Part I” about “all good bourbon is gone and it is never coming back” and to that I’ll add CHEERS! Blasphemy you say and my response is still “happy days are ahead”. With that caveat I must add that we need to honor tradition and embrace change in the words of Buffalo Trace President Mark Brown. We cannot lose that sense of wonder and experimentation in life, but we need to do so carefully at times. 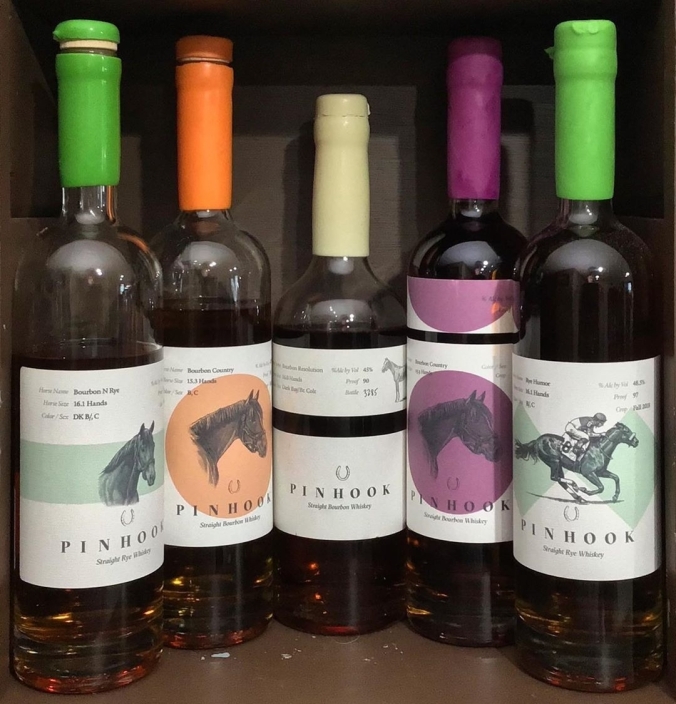 A sample from The Whiskey Bunker

I don’t remember the bourbon bust because I’m not that old and I haven’t tasted very many exceptionally old vintages but that doesn’t mean that piled high in my 200+ bottles of bourbon & whiskey (plus some other distilled spirits not to be mentioned that are currently located in my little private Shangri-La The Whiskey Bunker) I haven’t managed to obtain truly excellent earth shattering juice that’s been produced within the realm of what people used to deem nonconventional when you go back to the start of my life in 1980. Yes, I’m a pup. No, I’m not as bourbon inexperienced as most my age. I consider myself to be ahead of the curve because I listen to those much older and much wiser about things that might bore others. I also listen to really good fucking music, but that’s besides the point. I have said for years my closest friends have forgotten more about bourbon than I could learn in a lifetime and I’m going to spend my life testing that premise. I find the pursuit and better understanding of bourbon and it’s origins to be fascinating, but I’ll also be the first to tell you that improvement in technology has provided us more good bourbon now than at any point in our history and yes there is still whiskey that happens to be worse than others but here’s the thing…if you actually take the time to read up on what is being released the likelihood of you buying a “bad bottle” is significantly reduced. So don’t be a lazy fuck and ask the important questions. Being better educated is a good thing. Thinking for yourself and coming to your own conclusions is an important part of life and disagreeing with people at times is inherently part that process. That having been said we are at a cross roads of traditional production by the behemoths like Brown-Foreman, Beam, Diagio, Sazerac and others who are bucking the trends and producing truly excellent juice in house like New Riff based out of Cincinatti. Pinhook like numerous other NDP’s have developed around the idea of initially sourcing your juice, building a brand and then ultimately making your own. Is this what Pinhook has planned? I’m not sure but I guess we will see. For the time being the future IS brands like Pinhook and New Riff.

The new Bourbon War vertical series follows a “herd” of bourbon barrels laid down in the fall of 2015. While distilled in Lawrenceburg at MGP of Indiana this release is barrel aged at Castle & Key in the original rickhouse built by Col. E. H. Taylor in 1887 (Thank you for the addition Sean Josephs!). All Bourbon Country bottles released in the fall of 2018 were distilled with a mash bill of 75% corn, 20.5% rye, and 4.5% malted barley and last month 150 barrels were bottled, shipped and hit shelves in 23 states. Every year 150 barrels will age for an additional year and be released. The final release will be a 12-year-old bourbon to be scheduled for 2027. The first release, a 4-year bourbon, is being proofed at 98%, although the proof will vary from year to year. The Pinhook team plans to create the best expression they can for each release, tasting the barrels as they age. Pinhook offers tasting notes for the 4-year of “a bright nose of tropical fruit, butterscotch and cedar [leading] to a rich and vibrant palate of dried fig, cocoa, roasted peanut and clove.”

This is my third endeavor into the recent Pinhook release “Bourbon Country” Straight Bourbon Whiskey. This bottle is 47.75% ABV so 95.5 proof released in the fall of 2018. I heard that this was very young and I was a little apprehensive to purchase this at first, but I’m glad I did. I was worried this would be too young and thin for my liking as I’ve grown partial to barrel proofs as of late. It’s also your typical low-rye mashbill of 75% corn, 20.5% rye, and 4.5% barley which I have enjoyed for a few years now, but the rye whiskey’s of late have slowly crept onto the shelves of The Whiskey Bunker. I prefer high-rye bourbons for their added complexity of spiciness in the bourbon and Pinbook Bourbon & Rye in my humble opinion is too goddam tasty to leave on a shelf when I see it. The recent Rye Humor releases are also excellent.

Appearance: Straw with a reddish tinge, looks thin in the bottle.

Nose: Surprisingly bright with hints of dried fruits and fresh pear. The deeper I get into the dram the more pronounced they become.

Palate: This was kind of a shocker actually and not nearly as thin as I anticipated for how young the bourbon actually is but by no means complex. It has all the traits of bourbon, but about as much depth as a mud puddle. This isn’t as fulfilling as most of the other Pinhook releases.

Finish: On the back end I am finding more pear, honey, and fresh ground pepper. A good, light amount of spice lingers in the mouth, but the finish is short.

Summary: I was pleasantly surprised by this release, but I think discretion is the better part of valor and this should have stayed in the wood for another 12 months before sampling it.  I was expecting to scoff at it due to it’s young age statement and light color and in a round about sort of back handed way I suppose I am. I am not very partial to fruity or overly sweet one note bourbons preferring the spice and complexity found in rye’s now above all others, but this wasn’t terrible and even if this is the poorest example of what Pinhook will release in the coming years I’m stoked because bourbon like science is made up of mistakes. In this instance they may have been useful mistakes and will ultimately result in Pinhook discovering their truth and continuing to produce truly excellent juice.

Could this be a preview of what to expect from Castle & Key? If so then I am very excited to see what they have planned for us when the bourbon reaches full maturity. In any way stay dialed in to Pinhook…the future is here and as bright as the wax they use to seal their bottles.

3 thoughts on “Pinhook and a glimpse across the horizon”