I have blogged extensively about Barrell, both their bourbons and other whiskies. As to their bourbons, my favorites tend to be those that have some MGP juice from Indiana to balance out their Tennessee bourbon from Cascade Hollow. When the releases have only Kentucky and Tennessee bourbons, the Kentucky juice has been distinctively Heaven Hill. Easy to identify. When I picked up my bottle of batch 18, I assumed this would be the case. Boy was I wrong. 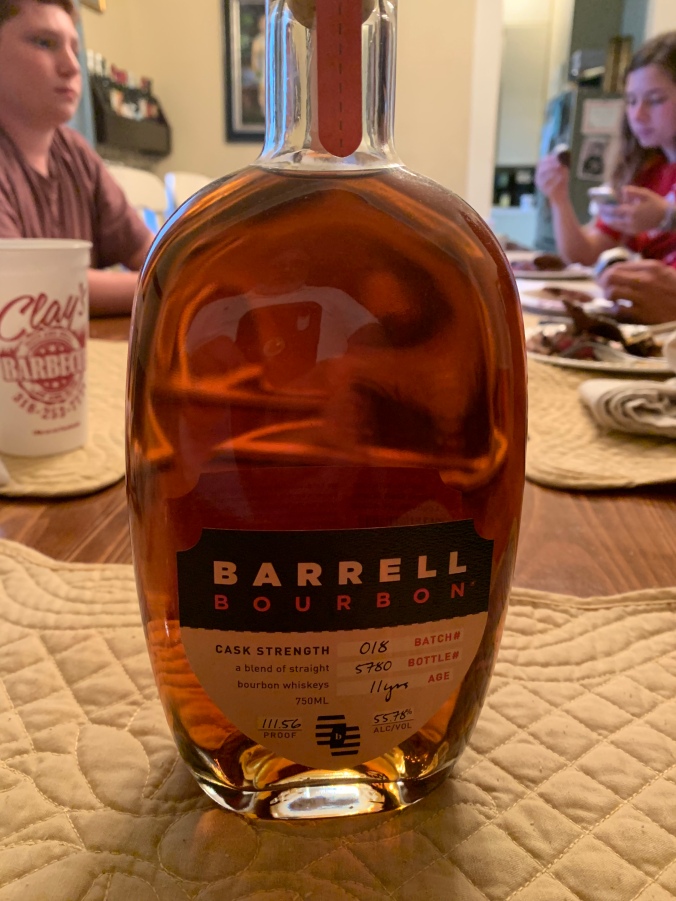 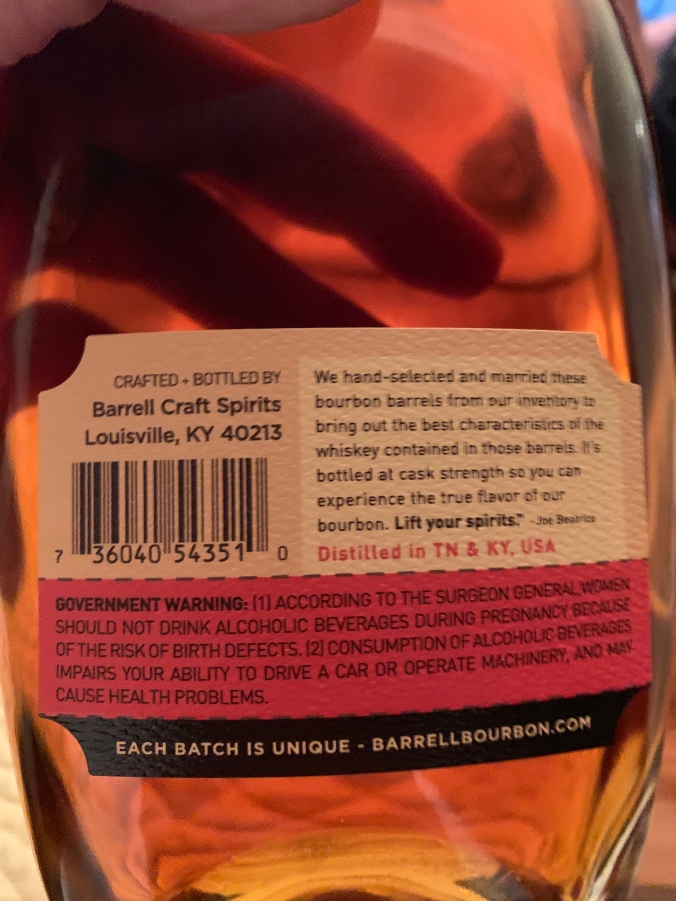 Colors is golden amber with slight mahogany flecks. Beautiful thick long legs on the swirl. Oily. On the nose, the traditional Barrell bourbon is met with cinnamon and vanilla. On the palate, slight nutmeat from the Tennessee whiskey is washed into cinnamon, rye spice, and that muted oak that is characteristic of Four Roses which is aged in single story warehouses. The finish is so similar to Four Roses Single Barrel store picks I have had; the cinnamon is way amped up and it just keeps going. But the combination of the Tennessee and Kentucky bourbons is so delightfully complex in this release. Full of overtones and undertones of various traditional bourbon flavors than mingle like a bourbon symphony.

Now, I do not have any inside knowledge on what is in this batch of Barrell Bourbon. All I have it what my palate tells me. I may be wrong about this having Four Roses in there.

But I don’t care if I am wrong. This bourbon is absolutely delicious.