Nothing wrong with free whiskey. A buddy of mine recently did a rye flight at the Bourbon House in New Orleans, and Wild Turkey 101 Rye won out over things like Whistlepig. I did this friend a favor a while back, and he got our mutual buddy Hudson Funk to find a bottle to give to me. I will be interested to see if this holds up to my buddy’s recommendation. 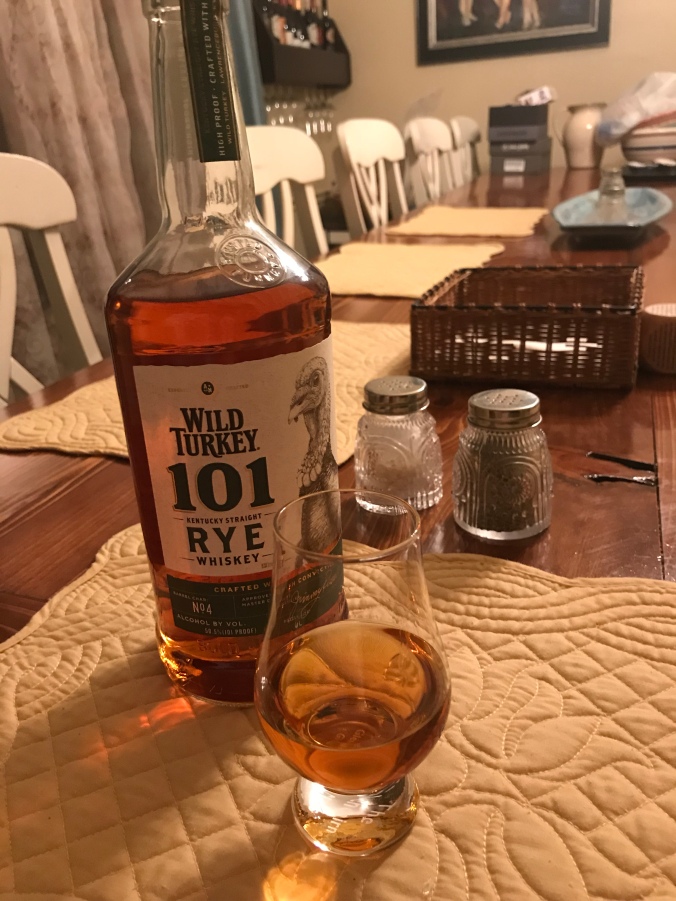 Nose is actually quite elegant. The palate is very herbal with notes of caramel, that turns to mint and cinnamon. There is a creaminess to the mouthfeel but it is so loaded with rye spice. Finish is very long on rye spice. I would say this is an all rye mashbill with a little barley malt added for enzymes, similar to EH Taylor Rye and similar rye whiskies. The 101 proof does this whiskey very right, and I don’t think it was proofed down very much to get to the 101.

Based on what I have read, Wild Turkey 101 Rye is pretty hard to get. Apparently stocks of Wild Turkey Rye are either being proofed down to 81 proof or are being released as Russell’s Reserve Rye. Apparently you can only get this in select bars unless you have a guy at a liquor store who will hunt things down for you. 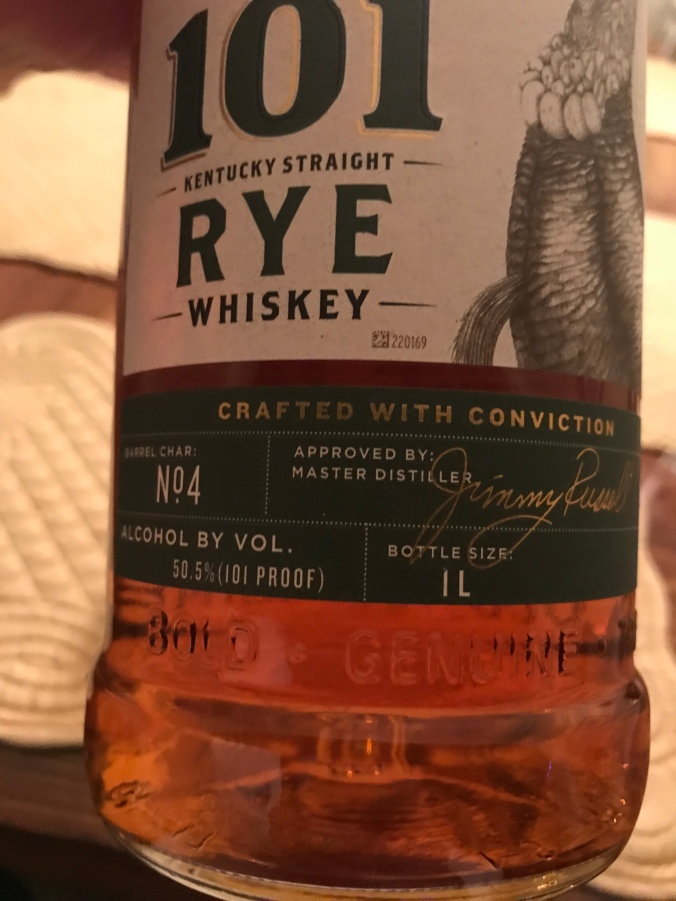