My regular readers will know that I am a fan of Barrell, who I liken to sort of a Cadenhead’s of the United States. They buy interesting whiskies and put out interesting releases. I like that Barrell does their releases at Batch Strength where the flavors can really shine.

All of their bourbon releases have (so far, anyway) a Tennessee bourbon as a component. While this has not been officially disclosed, it appears that the likely candidate for distilling the bourbon is Diageo’s Dickel. I think this mostly because Brown Forman products are in high demand, and Jack Daniel’s has really stepped up its game with Single Barrel and Single Barrel Barrel Proof releases in the United States. Given that Diageo’s Orphan Barrel is bottled at Dickel in Tullahoma, TN, that distillery appears to have excess production capacity.

My cousin found a random bottle of Barrell Bourbon Single Barrel, which is 100% of the Tennessee bourbon that is the base for their other batches which are blended with Kentucky (Heaven Hill/Luxco barrels) and Indiana (MGP) bourbon. 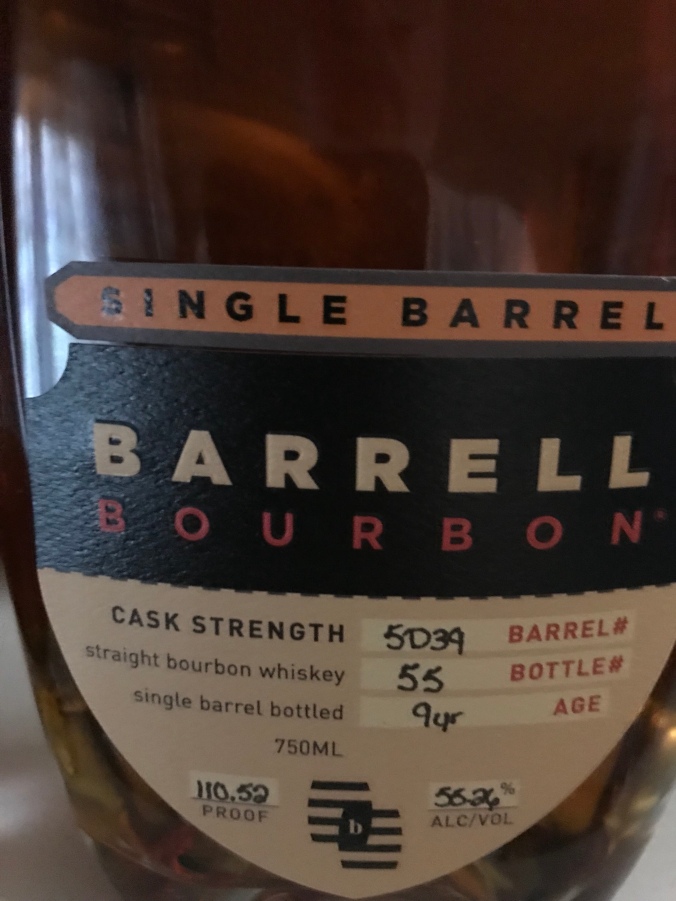 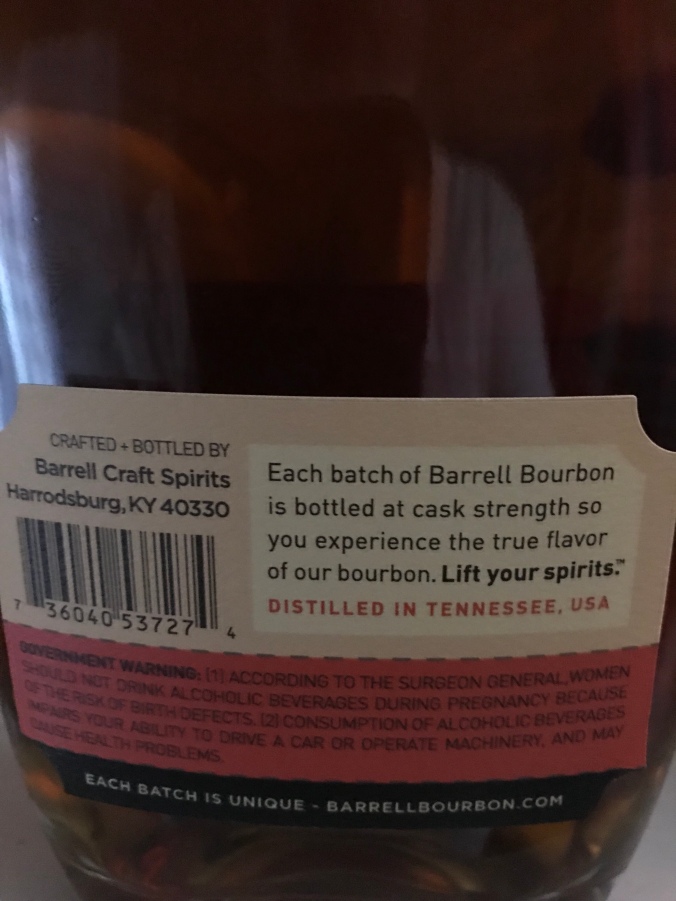 Having gone to school some forty minutes from Dickel and having dragged my poor wife on a tour and tasting there when our flight was delayed from Nashville this one time, I have some familiarity with Dickel. It suffices to say I am not a fan other than putting it in egg nog. It is a very very high corn recipe whiskey. The rye is practically non-existent and only a minimal amount of barley is used.

I can say, with confidence, this is not cask strength Dickel. On the nose there is plenty of corn sweetness, but there is some rye and oak. On the palate the rye spice becomes way more pronounced, and the mouthfeel is thick and luscious. Finish is long with rye spice. A little bit of hazelnut sort of permeates throughout.

I can see why they are using this as a palate for their batch releases blended with other bourbons. It’s quite good. It reminds me of Wild Turkey Rare Breed, but more refined and less funky.

I am glad I bought this. It is not only good but it really explains the undertones in the other Barrell Bourbon releases.

Fascinating this came from Dickel. It really shows how mashbill makes a big difference in taste.