The New Orleans Bourbon Festival got cancelled last month due to Covid-19. Wilderness Trail in Danville, Kentucky, had apparently planned on entering the festival and created a release of their bourbon that presumably would have been on sale but also tasted by the tasting panel. Wilderness Trail of Danville, Kentucky, started distilling in 2013, and good on them for waiting for years before releasing their first whiskies. In any event, Hokus Pokus was able to get a few cases of this bottling as a result of the cancellation of the festival. 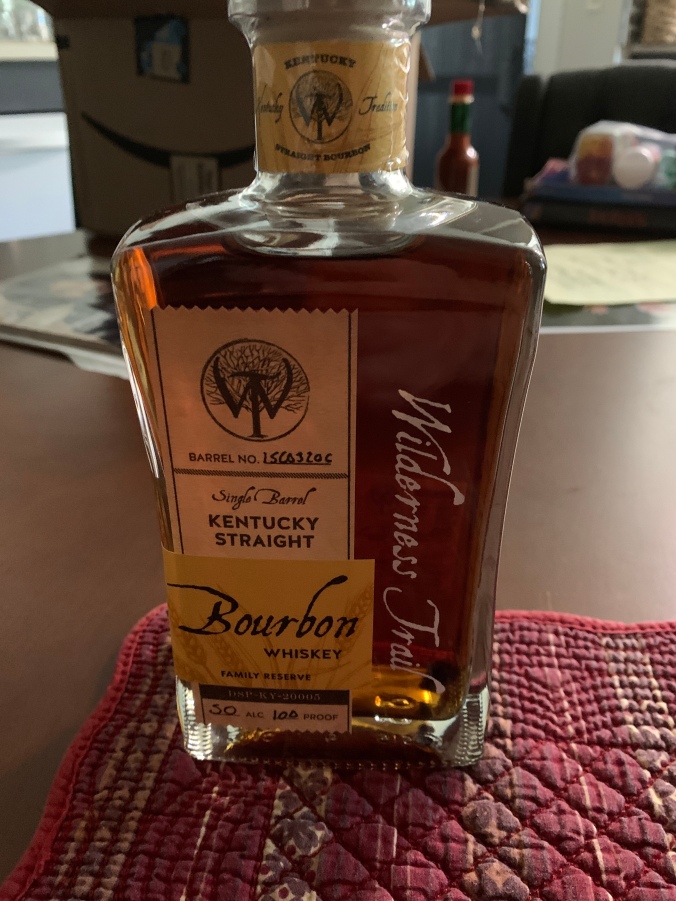 This is a 100 proof bourbon, aged four years and nine months is a barrel that was toasted and charred to a number 4 level, which is one under the maximum level of five. 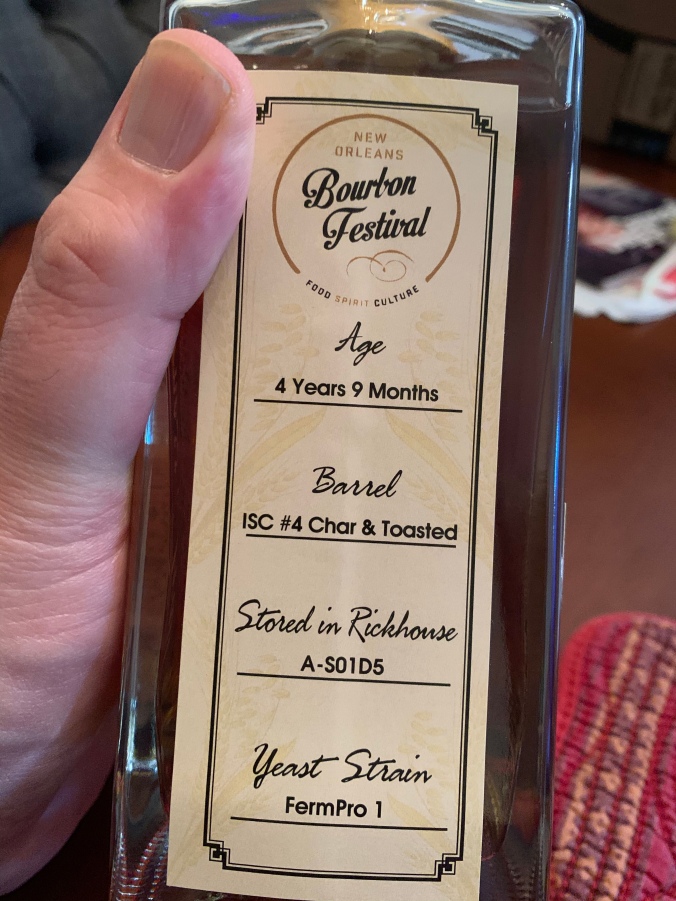 Here is what is very interesting about this bourbon. It is a very old school bourbon as far as how they created it, except for the mash. The mashbill is 64% corn, 24% wheat, and 12% malted barley, and it was barreled at 110 proof, which was the old maximum proof before it was raised to 125 proof in the sixties. What isn’t old school is that they use a sweet mash process, as opposed to what most distillers use, sour mash. The sour mash process means that some of the mash from the previous batch is used in the next to assure consistency. Sweet mash is now used by a lot of distillers because it gives them more control over each batch, but requires careful handling to avoid bacterial contamination. So, I am very interested to try this bourbon for this reason.

The color on this is a decent amber, about right for its age. On the swirl is a nice film with thin legs, probably due to the low barrel proof noted above. This is labeled at cask strength, so it has some alcohol evaporation to drop this to 100 proof, or its not really cask strength and they added a little water.

The nose is pretty traditional bourbon – caramel and vanilla, a little oak. On the palate, the caramel and vanilla is present, some baking spice, and prevalent Armagnac grape notes, which is reminding me of M.B. Roland, but much more pleasant than that bourbon due to the increased age and the wheat recipe used in the mashbill. The Armagnac notes are better to me without spicy herbal rye in the background. On the finish, the cinnamon bomb you would expect from a wheated bourbon comes to the fore mixing with the grape notes. There is a little craft bourbon bitterness in there, that could probably be eliminated with more time in the barrel, although some air sitting in the glass and a good Kentucky chew helps limit those influences.

Going all nerdy here and thinking of both Wilderness Trial and M.B. Roland being both in Western Kentucky, is there something about that climate that infuses bourbon with those Armagnac notes, when it is aged there and using locally sourced grains? Is that something we can expect in the future from this region as bourbon becomes varietal like wine? Ok, so I have had a little too much of this bourbon since I am thinking like that – the craft bourbons of Western Kentucky have this Armagnac thing going on…but I digress.

Overall, however, this is a very good bourbon, although the Armagnac notes are not typical bourbon notes. I love grape notes in my whiskies of all stripes, but particularly scotch. Other bourbon bloggers that have tried this bourbon have said that there is something odd about the taste of this bourbon that they can’t put their finger on, and I am betting it is the Armagnac notes. If you don’t drink brandy (and in particular Armagnac) and were looking for regular bourbon flavor, yeah, this would taste really weird. But if you like brandy and bourbon, this is a very nice mash up of those flavors.

This bourbon benefits from chewing it and letting it set for some time on the palate to really pick up all that is going on with the flavor profile. The more I sip on it, the more it grows on me, and I will probably pick up another bottle next time I go to Hokus just to keep around. I like this one, and it would pair nicely with a meal (think things that would pair with red wine as opposed to white) or a good cigar.

I will put Wilderness Trail on my list of distilleries to visit next time I am in Kentucky. If they have any older stuff in the warehouse from when they started distilling in 2013, I am betting it is awfully good at this point.